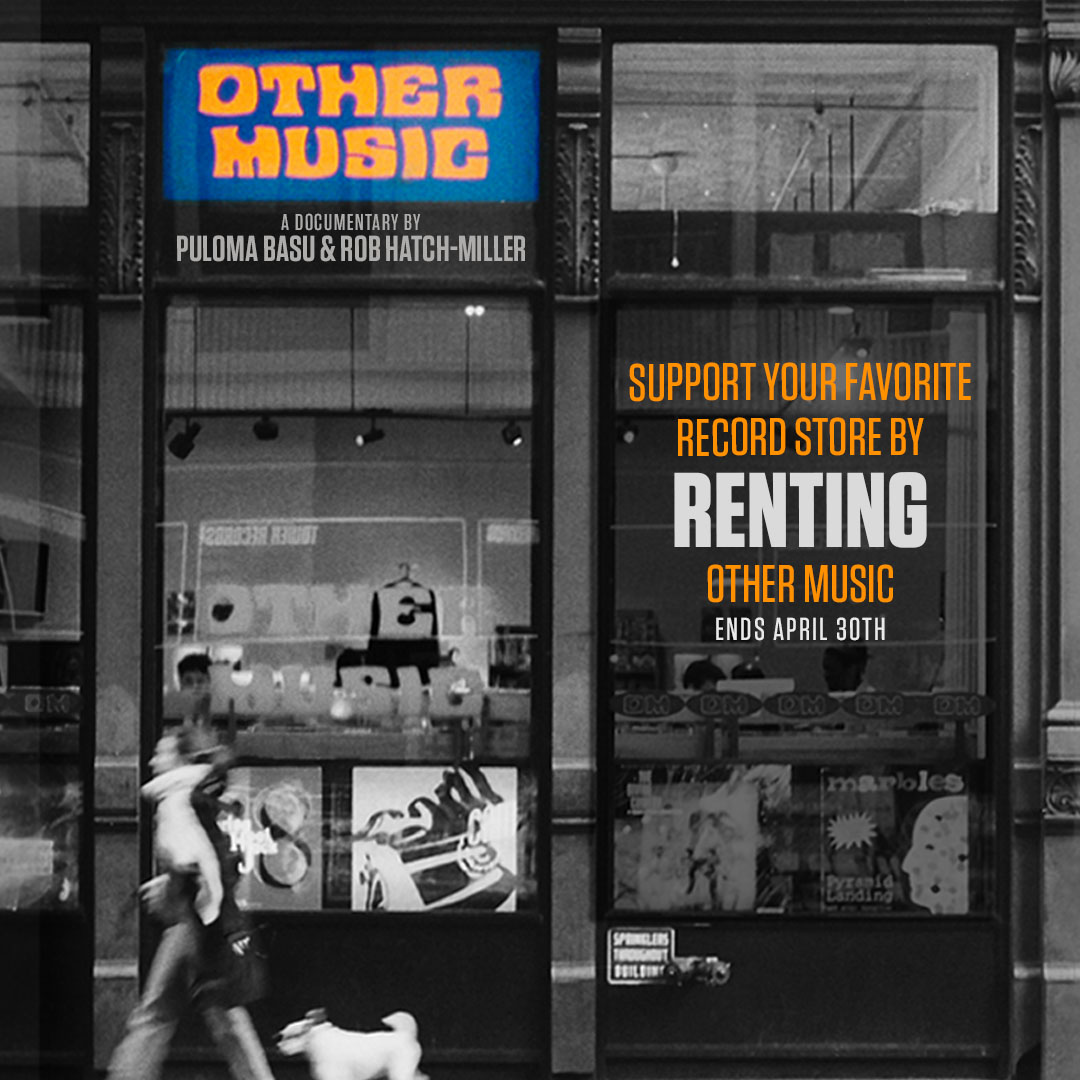 Independent bookstores and record stores are more vulnerable in today’s media landscape than they’ve ever been, and the onset of the Covid-19 global pandemic, further harshens the conditions.

This is why the producers of the new documentary on NYC record store Other Music have decided to release their film online through a network of independent shops and theaters, who will be supported by rental of this film!

The film can be rented and screened at home, with a portion of proceeds supporting the Alternative Library, using this link:
https://othermusic.vhx.tv/checkout/alternative-library-presents-other-music/purchase

Other Music was an influential and uncompromising New York City record store that was vital to the city’s early 2000s indie music scene. But when the store is forced to close its doors due to rent increases, the homogenization of urban culture, and the shift from CDs to downloadable and streaming music, a cultural landmark is lost. Through vibrant storytelling, the documentary captures the record store’s vital role in the musical and cultural life of the city, and highlights the artists whose careers it helped launch including Vampire Weekend, Animal Collective, Interpol, Yeah Yeah Yeahs, William Basinski, Neutral Milk Hotel, Sharon Van
Etten, Yo La Tengo and TV On The Radio.

Other Music was more than just a store that sold CDs, records, tapes and magazines. It was a place where bands were formed, record labels were born and careers were launched. And it was THE place where a generation of New Yorkers at the dawn of the Internet age went to discover groundbreaking music by artists who would go on to become household names and underground icons.

Over the years the store established itself as a destination for music lovers from around the world. Its philosophy of hiring only the most passionate and knowledgable music lovers made Other Music a place where customers could come hang out and talk about music, art or life in general. It became a hub for creative people of all kinds; a place for musicians, painters, filmmakers, actors, etc. to meet and find out what was new, and what was happening in the city. It was a community that supported and promoted creative ventures of all forms.

With more and more record stores closing everywhere, the communities that have built up around shops like Other Music are slowly dissipating and migrating to online forums. Nowadays most people are streaming music online rather than purchasing it digitally to download, much less going to a store to buy physical media. As the music industry continues to move in that direction and community hubs like Other Music struggle to remain in existence, the documentary celebrates what spaces like these have meant to people in the past—and how their spirit can live on in an increasingly digital world.