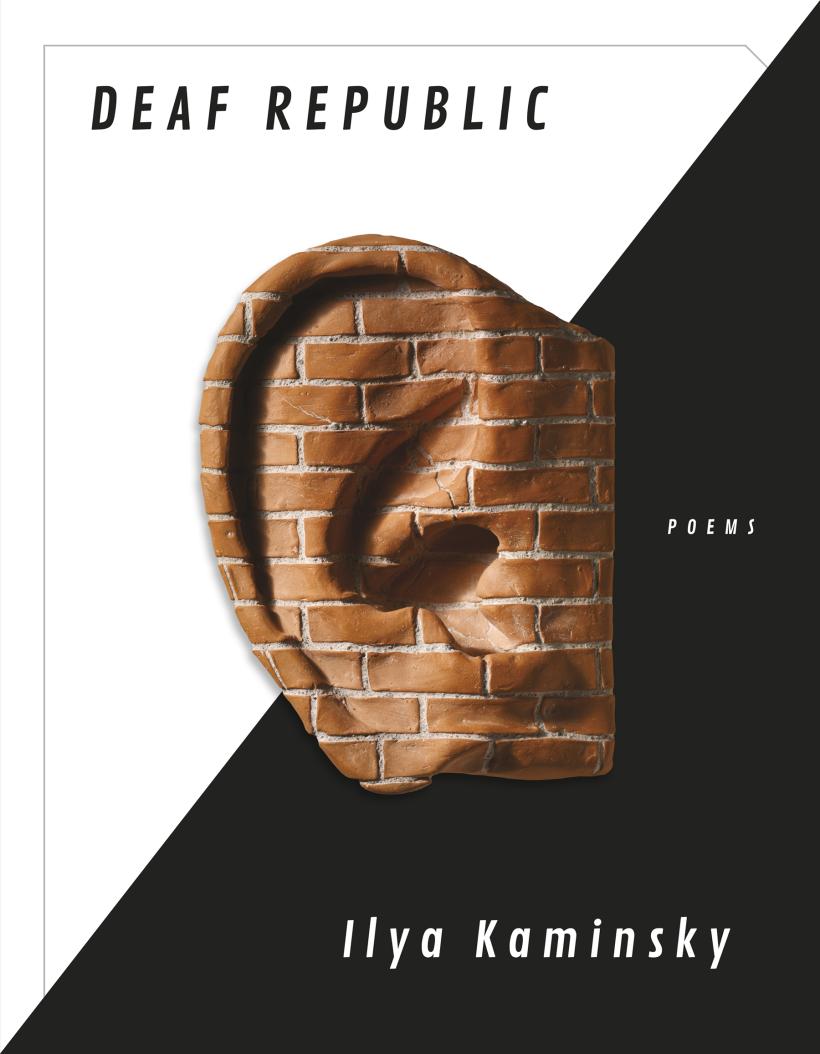 
Our country woke up the next morning and refused to hear soldiers.
In the name of Petya, we refuse.
At six a.m., when soldiers compliment girls in the alley, the girls slide by, pointing to their ears. At eight, the bakery door is shut in soldier Ivanoff’s face, though he’s their best customer. At ten, Momma Galya chalks No One Hears You on the gates of the soldiers’ barracks.
By eleven a.m., arrests begin.
Our hearing doesn’t weaken, but something silent in us strengthens.
In the ears of the town, snow falls.

—from “Deafness, an Insurgency, Begins”

Deaf Republic opens in an occupied country in a time of political unrest. When soldiers breaking up a protest kill a deaf boy, Petya, the gunshot becomes the last thing the citizens hear—all have gone deaf, and their dissent becomes coordinated by sign language. The story follows the private lives of townspeople encircled by public violence: a newly married couple, Alfonso and Sonya, expecting a child; the brash Momma Galya, instigating the insurgency from her puppet theater; and Galya’s girls, heroically teaching signs by day and by night luring soldiers one by one to their deaths behind the curtain. At once a love story, an elegy, and an urgent plea—Ilya Kaminsky’s long-awaited Deaf Republic confronts our time’s vicious atrocities and our collective silence in the face of them.