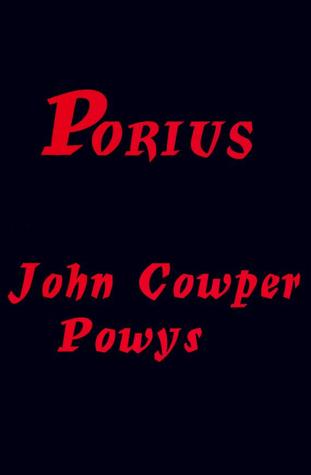 
“Porius stood upon the low square tower above the Southern Gate of Mynydd-y-Gaer, and looked down on the wide stretching valley below.” So begins one of the most unique novels of twentieth-century literature, by one of its most “extraordinary, neglected geniuses,” said Robertson Davies of John Cowper Powys.
Powys thought Porius his masterpiece, but because of the paper shortage after World War II and the novel’s lengthiness, he could not find a publisher for it. Only after he cut one-third from it was it accepted. This new edition not only brings Porius back into print, but makes the original book at last available to readers.
Set in the geographic confines of Powys’s own homeland of Northern Wales, Porius takes place in the course of a mere eight October days in 499 A.D., when King Arthur – a key character in the novel, along with Myrddin Wyllt, or Merlin – was attempting to persuade the people of Britian to repel the barbaric Saxon invaders. Porius, the only child of Prince Einion of Edeyrnion, is the main character who is sent on a journey that is both historical melodrama and satirical allegory.
A complex novel, Porius is a mixture of mystery and philosophy on a huge narrative scale, as if Nabokov or Pynchon tried to compress Dostoevsky into a Ulyssean mold. Writing in The New Yorker, George Steiner has said of the abridged Porius that it “combines [a] Shakespearean-epic sweep of historicity with a Jamesian finesse of psychological detail and acuity. Faulkner’s Absalom, Absalom!, which I believe to be the American masterpiece after Melville, is a smaller thing by comparison.”
This new, and first complete, edition of the novel substantiates both Steiner’s judgement and Powys’s claim for Porius as his masterpiece.