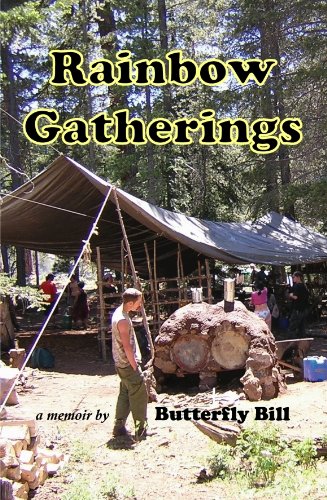 
An inside look at the gatherings of the Rainbow Family of Living Light, which have been attracting tens of thousands of people to a remote place in a National Forest every year since 1972. This book describes how people work with each other, solve conflicts, and find joy of community in this ongoing experiment in forming a society which places foremost emphasis on the hippie ideals of peace, love, cooperation, and lack of formal leadership. I describe my first impressions, then my falling in love with the Rainbow, then my disillusionment and withdrawal, then finally my return and getting intimately involved with its infrastructure – over my first fourteen summers from 1987 to 2000. Interspersed with my own story are others about the early history of the gatherings and some courtroom battles with the U.S. Forest Service.