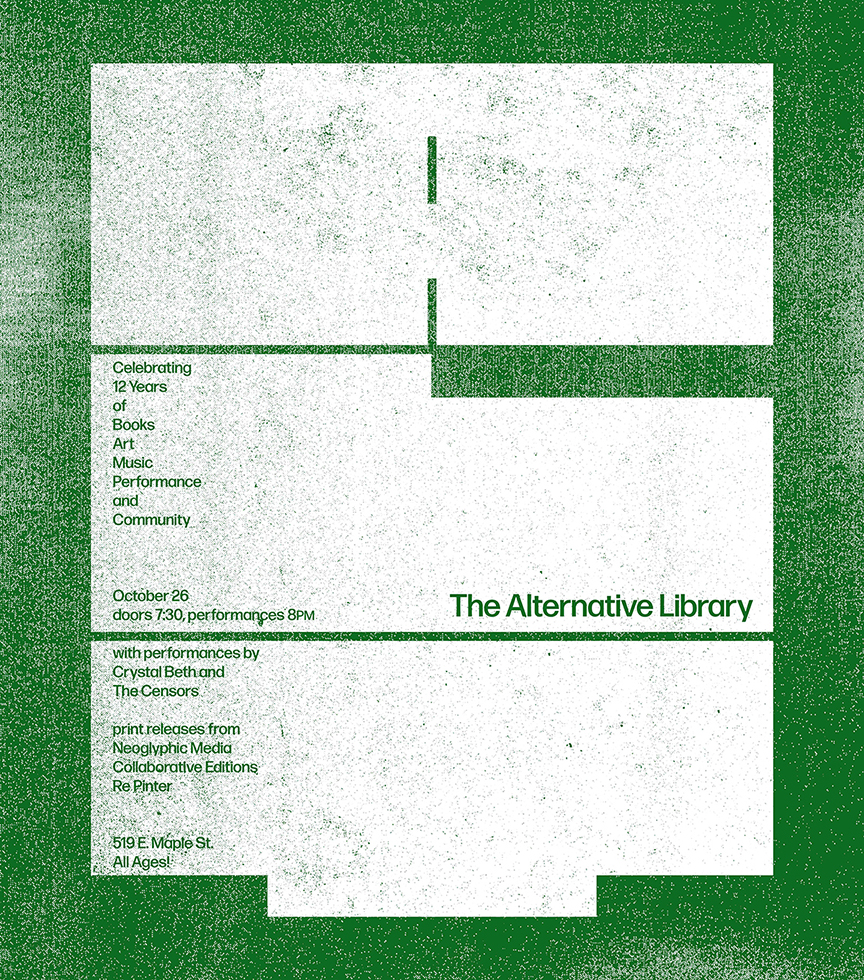 Come celebrate the 12th Anniversary of the AltLib, with the group launch of new publications from local artists, and performances from The Censors and Beth Fleenor! The night will be both a celebration of 12 years of community collaboration and a fundraiser to support AltLib’s quest for a new home ~

Publications launching from:::
Collaborative Editions, Neoglyphic Media, and Re Pinter ~

The Censors: Four humans, one larynx, multiple strings, several blunt objects, and a smattering of electronic devices. Influences include no wave, krautrock, free jazz, distant children crying out in what could equally well be anguish or mirth, etc.
https://soundcloud.com/kelsify/sets/censors-demos