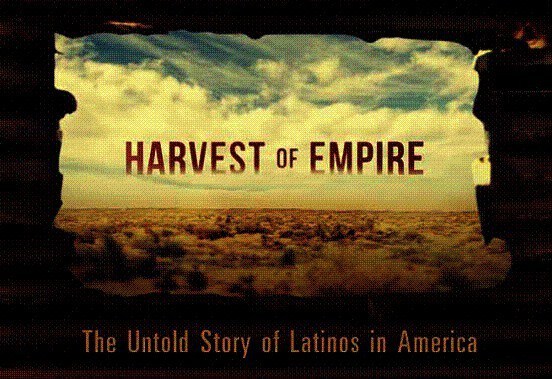 “Harvest of Empire” is based on the book by award-winning journalist and Democracy Now! co-host Juan González. By featuring stories from a wide array of immigrants, rarely seen archival material, and interviews with prominent activists, “Harvest of Empire” takes an unflinching look at the role that U.S. economic and military actions played in triggering the wave of migration that is transforming our nation’s cultural and economic landscape. As Juan González says at the beginning of the film, “They never teach us in school that the huge Latino presence here is a direct result of our own government’s actions in Mexico, the Caribbean and Central America over many decades — actions that forced millions from that region to leave their homeland and journey north.”