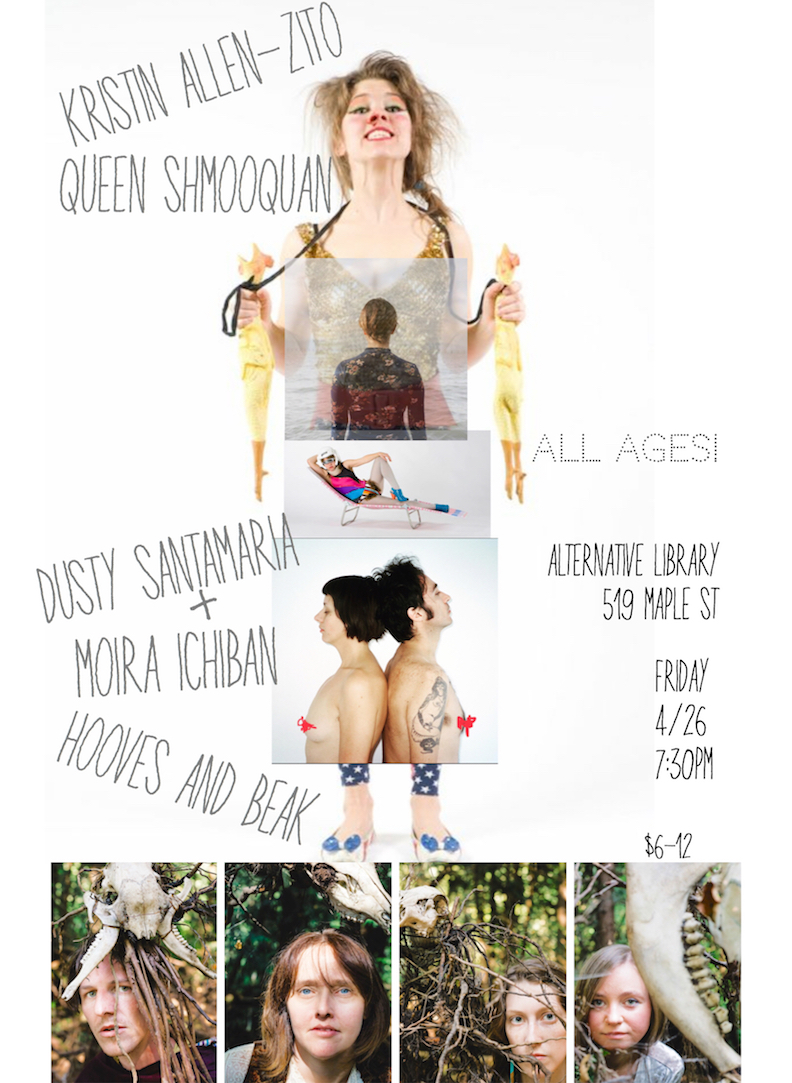 Kristin Allen-Zito is a songwriter well known for being the lead singer of the electro-punk band The Trucks. However she is also a solo artist whose songs are rooted in the folk idiom, strongly influenced by pop and indie-rock.
http://www.kristinallenzitomusic.com/

Dusty Santamaria + Moira Ichiban – Songwriter poet Dusty Santamaria and artist Moira Ichiban fell in love and ran away together on a full moon night to begin a life’s collaboration across all mediums. The duo draw influence from mid-century R&B, post-punk, the surrealist movement and ritual magick. These minimalist dream songs are ablaze with shouts, shudders, and symbolism.
https://voodooityourself.com/

RSVP and more info!
AltLib is always ALL AGES
NOTAFLOF