Film: “Making Waves: The Rebirth of the Golden Rule” 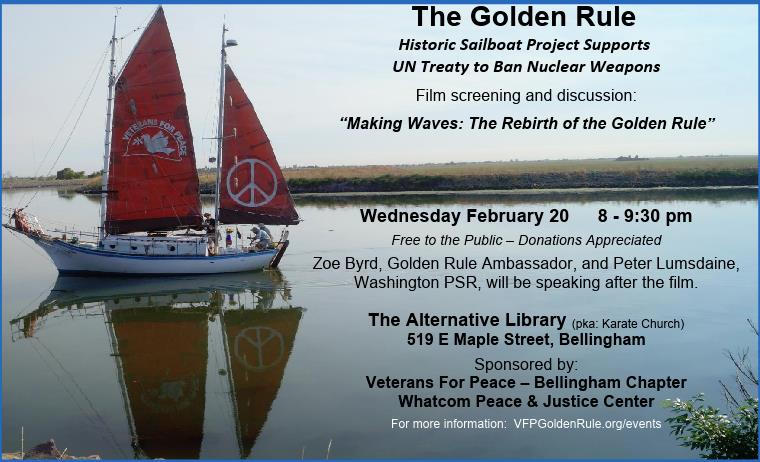 Join Veterans For Peace Chapter 111, The Whatcom Peace & Justice Center, and the Bellingham Film Coalition (Alternative Library, Film Is Truth 24 Times A Second, Whatcom-Skagit IWW + WPJC) for a special screening and discussion of the film, “Making Waves: The Rebirth of the Golden Rule.”

This 25-minute documentary covers the history of the Golden Rule, a historic anti-nuclear peace boat, from her first voyage in 1958 through restoration from 2010 to 2015 and her current voyages. It focuses on Veterans For Peace’s work with their re-built sailing boat, the first boat on which people challenged nuclear bomb tests in the Pacific years ago, and which will be sailing to Micronesia and Hiroshima next year.