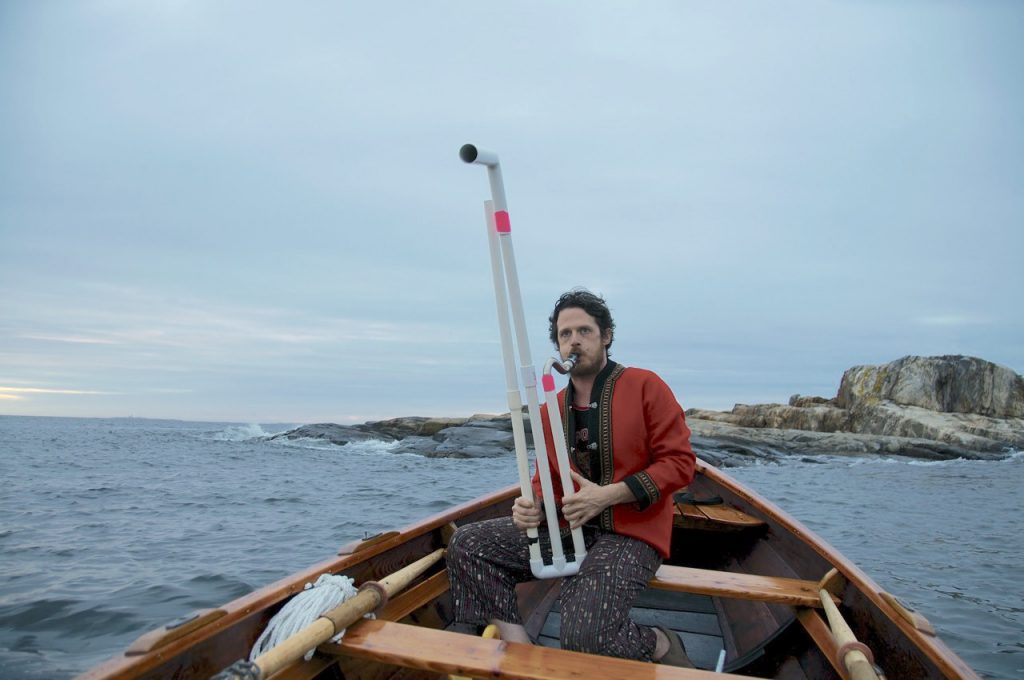 After the sold out Sounds of Siberia concert, Tuvan throat singer, Nachyn Choreve returns to Bellingham! He will be performing a solo set, followed by a duo performance with artist Arrington de Dionyso (Old Time Relijun), performing spontaneous compositions, blending each of their influences together.

$15 supports the artists and the AltLib
Doors at 7:00pm; Music at 7:30pm
Tickets are limited and are available in advance via WithFriends: https://withfriends.co/event/3920760/nachyn_choreve_w_arrington_de_dionyso

Arrington de Dionyso (b. 1975) has lived in Olympia since 1992. A self-taught artist, musician and linguist, he is the founder of seminal NW post-punk bands Old Time Relijun, Malaikat dan Singa, and the avant-jazz ensembles This Saxophone Kills Fascists and Trance Music For Crows. He has performed and exhibited around the world and in 2015 his drawings were prominently featured as prints and embroidery in a fashion collection debuted by Saint Laurent Paris. As a kind of “punk ethnomusicologist” Arrington circumvents academic approaches in favor of building direct cooperative relationships with diverse musical cultures, as an invited participant and active collaborator. His investigations of Jathilan trance music in Java, and collaborations with groups such as Senyawa, Karinding Attack, and HMM have brought him to the forefront of the Indonesian experimental music scene, and he has recently traveled to Morocco (Master Musicians of Jajouka) and Peru (instrument builder Dmitri Manga) to build similar connections linking the indigenous with the avant garde. In August of 2019 he traveled to The Republic of Tuva as the headlining “international” artist of the “Throatsinging in the Center of Asia Festival”, performing at the National Theater of Kyzyl and collaborating with numerous local musicians and shamanic practitioners.