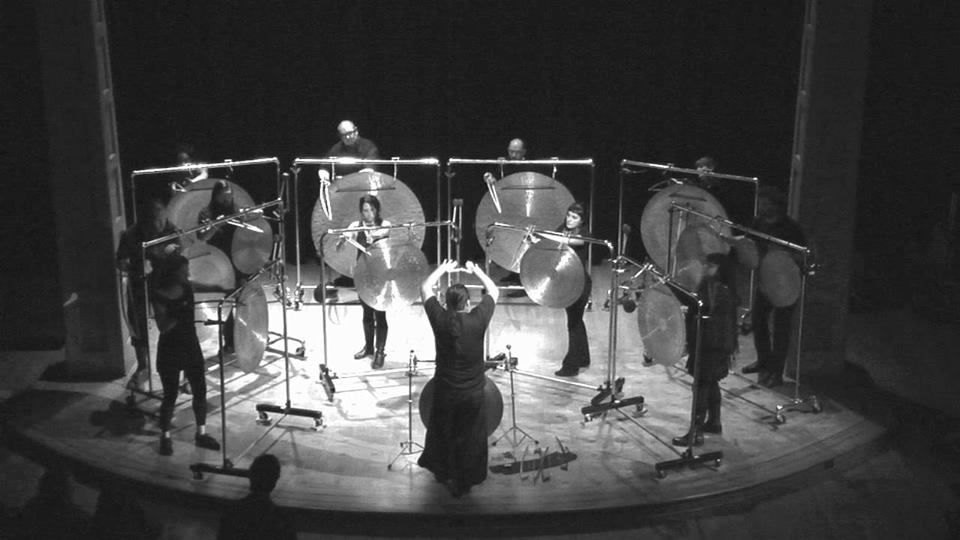 Tatsuya Nakatani returns to Bellingham to lead a performance of the Nakatani Gong Orchestra (NGO), a nomadic, large ensemble contemporary sound art project, featuring 10 performers bowing and striking large gongs under Nakatani’s conduction. In the last decade, the NGO has performed hundreds of concerts involving thousands of participants around the world in the creation of these transformative sound works.

This project is not a traditional music program or traditional Japanese music — it is a contemporary sound art project.

Tatsuya Nakatani (1970) is an avant-garde sound artist and master percussionist originally from Osaka, Japan. Based in the United States since 1994, he lives in Truth or Consequences, New Mexico. Since the late 1990s, Nakatani has released over 80 recordings in the US and Europe and has toured extensively; performing solo, in collaboration with other artists, and with his large ensemble project – the Nakatani Gong Orchestra.

Nakatani’s adaption of the Chinese wind gong to respond to his percussive bowing technique in his solo work (c. 1995) led to the inclusion of other players trained in his methods to realize his compositions. The Kobo bows, mallets, and surrounding instrumentation equipment have all been developed and are hand crafted by Tatsuya Nakatani. After ten years of planning and preparation, the NGO began touring in 2011 with four adapted gongs and has grown to 17 gongs today (January 2019). It is the only bowed gong orchestra in the world.

Held in the beautiful and naturally resonant space of the Alternative Library, the Nakatani Gong Orchestra will surely be an incomparable experience!