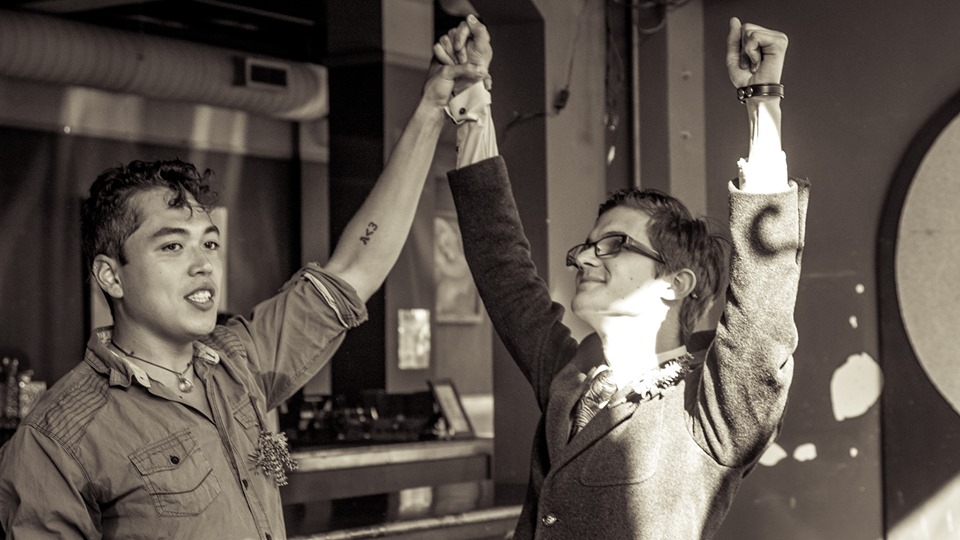 On the fourth wedding anniversary gifts of fruit or flowers are traditionally exchanged between the married couple.

Featuring at a poetry open mic is close enough?

Four years ago, Ellie and Danny surprised their friends, the bartender, the other patrons with a wedding at the Copper Hog.

You are cordially invited to celebrate with them at poetrynight.

Sign-ups for the normal open mic will start around 7. Lorie Demry might bring some snacks.

Ellie Gordon recently graduated from the University of New Hampshire with their MFA in Creative Writing and will fill out their own bio later. They’ve been published in all kinds of cool places and mostly does fiction so if you know any literary agents who like noir and/or magical realism, send them this way. They prefer she/they pronouns.

Daniel Kotoku (Danny) normally hosts poetrynight and is abdicating that role for the night in favor of featuring so be prepared for lots of old poems, a few new poems, but somehow still less time spent up on stage. They run a fitness club out of their backyard for a local theater, can probably outrun you and are deeply troubled by climate change. Danny prefers he or they prounouns.

Funds from any chapbooks sold will likely go toward alcohol, weed or burritos.