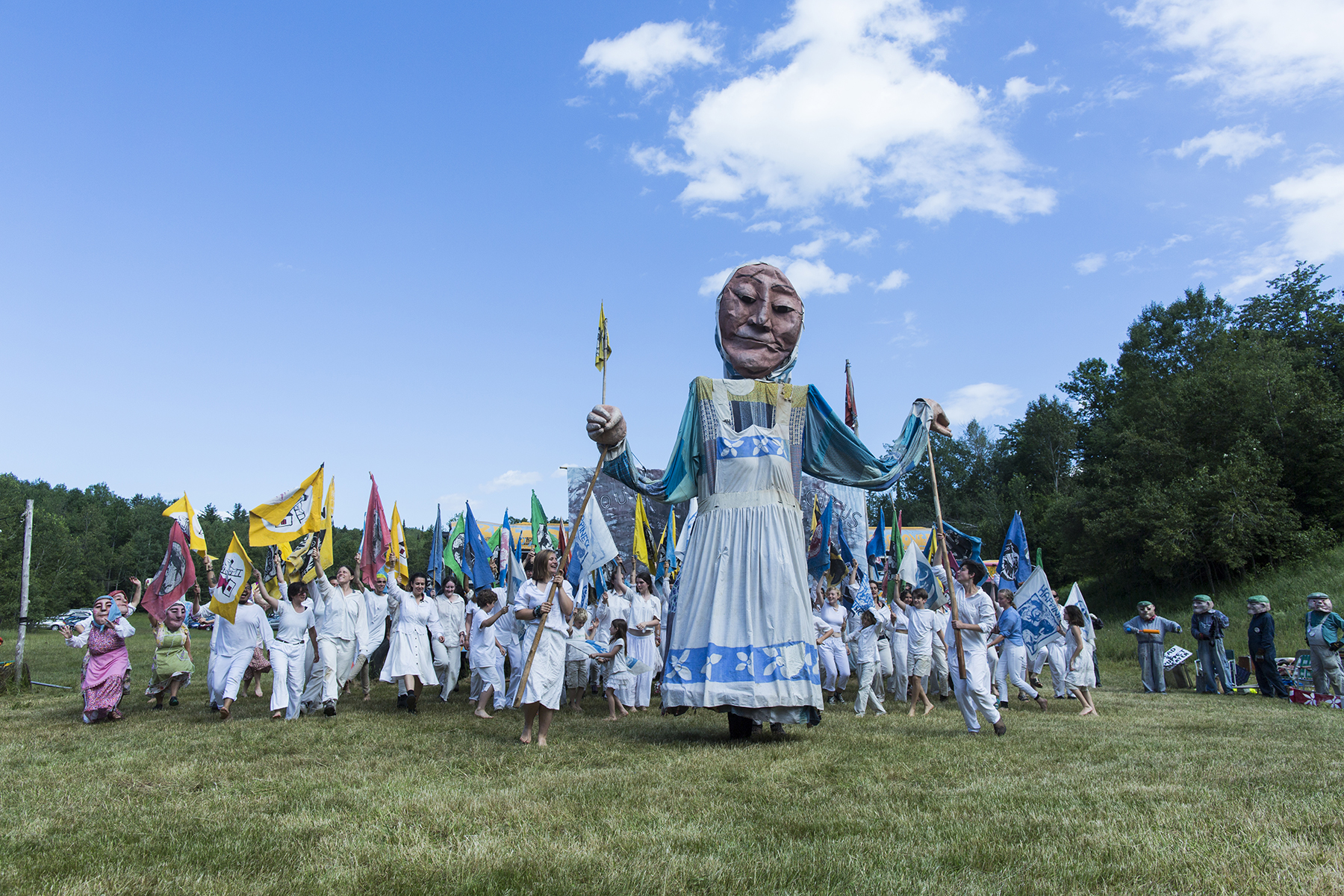 Bread & Puppet Theater comes to Laurel Park in Bellingham, performing “The Grasshopper Rebellion Circus” which explains and teaches riot and rebellion against intolerable situations with the help of state-of-the-art paper-maché weaponry and the appropriately riotous Bread and Puppet Brass Band.

Bread & Puppet’s stop in Bellingham is part of a 14-week tour across the country and back showcasing performances of “The Grasshopper Rebellion Circus” and “The Basic Byebye Show”.

After the performance Bread & Puppet will serve its famous free sourdough rye bread with aioli, and their “Cheap Art” – books, posters, postcards, pamphlets and banners from the Bread and Puppet Press – will be for sale.

Bread & Puppet Theater is an internationally celebrated company that champions a visually rich, street-theater brand of performance art filled with music, dance and slapstick. Its shows are political and spectacular, with huge puppets made of paper-maché and cardboard. Founded in 1963 by Peter Schumann on New York City’s Lower East Side, the theater has been based in the Northeast Kingdom of Vermont since the early 1970s.

The show will be presented by the Alternative Library, with $10-25 suggested donation requested for the performers, and no one turned away for lack of funds!