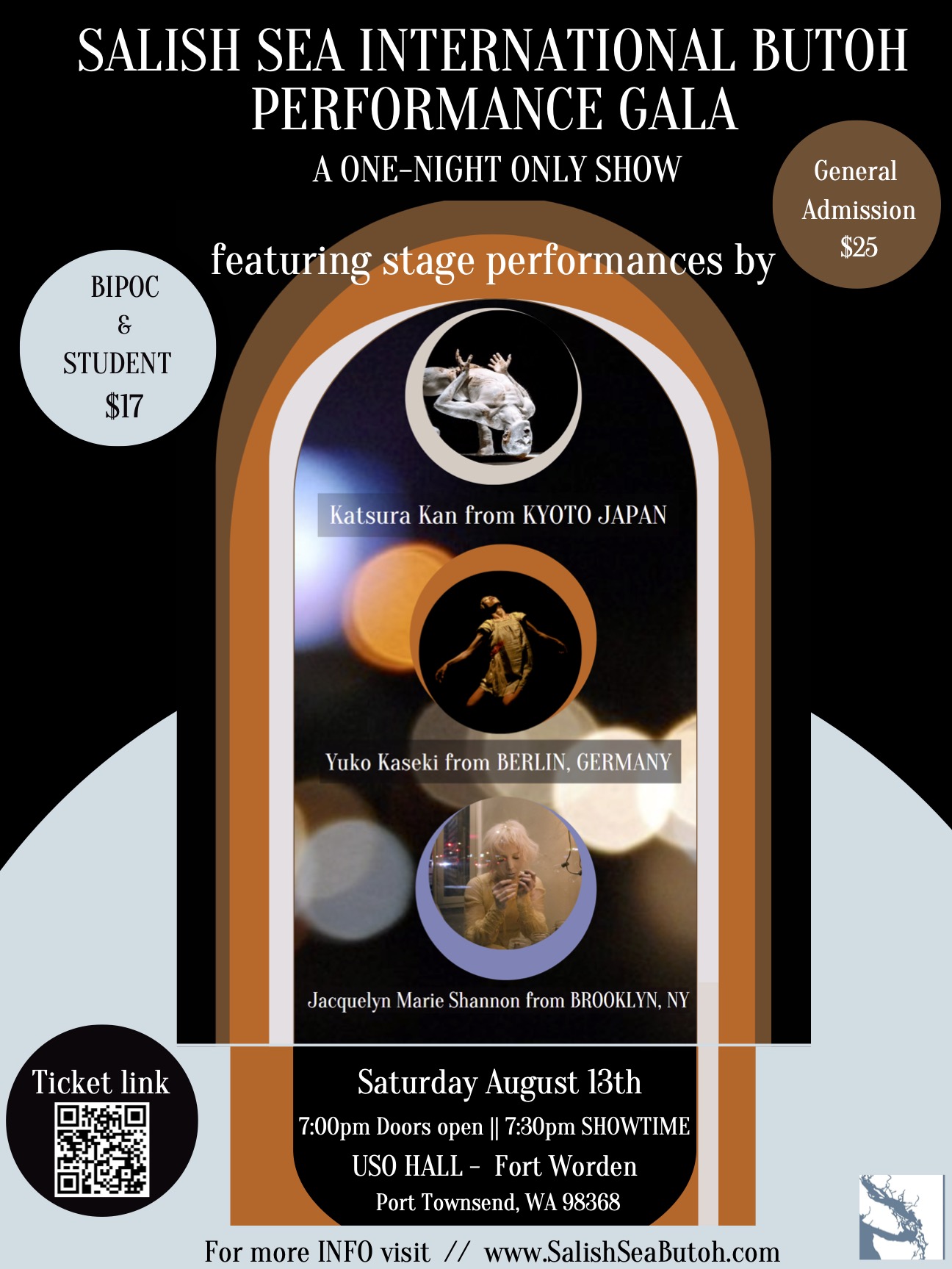 You are cordially invited to join us for a very special theatrical event celebrating the unique artform of Butoh. This is a production of the second-ever Salish Sea Butoh Festival in Port Townsend, Washington. It highlights master artists of the 1st generation of Butoh from Japan along with 2nd and 3rd generation artists from all over the world performing on the same stage. All ticket purchases include admission to a post-show reception with complimentary refreshments and a chance to meet and talk to the artists.

ABOUT BUTOH:
Butoh is an avant-garde dance movement that originated in Tokyo, Japan shortly after WWII. It is characterized by physical movements that tend towards the earth and the subconscious. Butoh, which is influenced by and incorporates elements of Surrealism, Dada, French Existentialism, German Expressionism, Japanese theatre and eastern spiritual thought, was developed in the late 1950’s and 1960’s through experimental collaborations between its founders Tatsumi Hijikata and Kazuo Ohno. Their work established Butoh as disciplined and rigorous, yet spontaneous and idiosyncratic, intellectual and experimental, yet grounded in the human body. Instead of aspiring to an aesthetic ideal, Butoh reveals the primordial human being and the inner world. It implies total presence where dance is an expression of being in the world as well as containing the world within oneself. It grows from such themes such as dreams, ghosts, androgyny, nature, solitude and the natural cycles of life and death.

The Alternative Library will exhibit a curated selection of local and international small-press art books during the event.