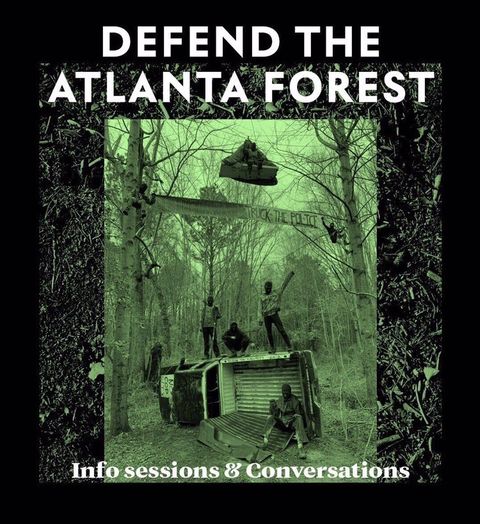 This performance will be presented at Creative Hope Studio, 1474 Franklin Street, accessed through the the back door over the bridge. Facemasks must be worn throughout the evening
Doors at 7:00pm

In the wake of the 2020 George Floyd Rebellion, Atlanta-area officials have planned to build the largest police training compound in the country — by bulldozing the largest urban tree canopy in the country! Meanwhile, film-industry executives plan to clear-cut what remains in order to build “the largest soundstage complex on Earth.”

Join us for an in-depth overview and conversation with on-the-ground activists involved in the historic movement to Stop Cop City and Defend The Atlanta Forest.

There will also be videos shown from Videos From the Trash Dimension, with one of the filmmakers in attendance!

Admission by donation supports the presenters!