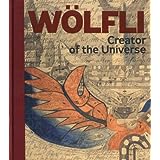 Adolf Wölfli: Creator of the Universe


Adolf Wölfli is the original outsider artist. Before Darger, Rizzoli and Rodia, there was Wölfli: orphan, laborer, criminal, artist and the subject of a 1921 monograph titled A Psychiatric Patient as Artist, authored by his doctor–the first publication on an outsider artist–which won him the admiration of André Breton and Jean Dubuffet, and gave birth to the outsider phenomenon. \”Wölfli\’s creations treat the eye to a roller-coaster ride through a terrain bounded by Piranesi, biblical myth, illuminated manuscripts, tantric mandalas and Swiss cuckoo clocks,\” New York Times critic Roberta Smith once wrote–\”in other words, a dizzying multi-cultural universe.\” Adolf Wölfli: Creator of the Universe is the most comprehensive publication on Wölfli ever published. It surveys his entire artistic and literary oeuvre, scrutinizing his intricately detailed drawings and collages and explicating his complex personal mythology. Translated here are texts such as Wölfli\’s \”Short Biography,\” written shortly after his arrival at the Waldau Clinic in Bern, in 1895; his astoundingly bizarre list of inventions; and other prose works, alongside Wölfli\’s doctor\’s 1921 catalogue essay and other critical examinations. Visual and textual selections are included from the epic From the Cradle to the Grave, in which the artist recounts a fictitiously idyllic childhood; the Geographic and Algebraic Books, which describe his elaborate cosmology; and the St. Adolf Giant Creation, a chant in which Wölfli transposes music into abstract sounds and numbers.
Orphaned at the age of ten, Adolf Wölfli (1864-1930) was arrested for sexual crimes in his late 20s. Upon his second arrest for such offences, in 1895, he was admitted to the Waldau clinic in his native town of Bern, Switzerland, where he soon began to draw, eventually amassing an oeuvre of thousands of works on paper. After his death, the Adolf Wölfli Foundation was formed to preserve his art.