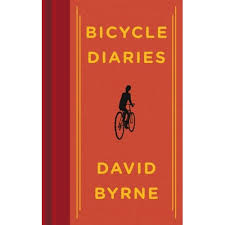 
Urban bicycling has become more popular than ever as recession- strapped, climate-conscious city dwellers reinvent basic transportation. In this wide-ranging memoir, artist/musician David Byrne-who has relied on a bike to get around New York City since the early 1980s-relates his adventures as he pedals through an engages with some of the world’s major cities. From Buenos Aires to Berlin, he meets a range of people both famous and ordinary, shares his thoughts on art, fashion, music, globalization, and the ways that many places are becoming more bike-friendly. Bicycle Diaries is an adventure on two wheels conveyed with humor, curiosity, and humanity.