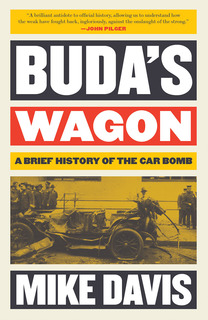 Buda’s Wagon: A Brief History of the Car Bomb


In this provocative history, Mike Davis traces the car bomb’s worldwide useand development, in the process exposing the role of state intelligenceagencies–particularly those of the United States, Israel, India, andPakistan–in globalizing urban terrorist techniques. Davis argues thatit is the incessant impact of car bombs, rather than the moreapocalyptic threats of nuclear or bio-terrorism, that is changingcities and urban lifestyles, as privileged centers of powerincreasingly surround themselves with “rings of steel” against a weapon that nevertheless seems impossible to defeat.