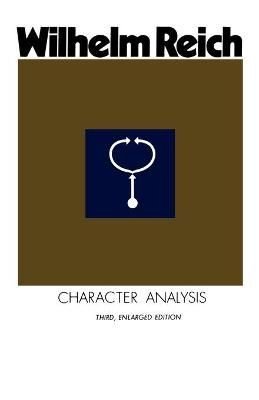 
Reich’s classic work on the development and treatment of human character disorders, first published in 1933.

As a young clinician in the 1920s, Wihelm Reich expanded psychoanalytic resistance into the more inclusive technique of character analysis, in which the sum total of typical character attitudes developed by an individual as a blocking against emotional excitations became the object of treatment. These encrusted attitudes functioned as an “armor,” which Reich later found to exist simultaneously in chronic muscular spasms. Thus mind and body came together and character analysis opened the way to a biophysical approach to disease and the prevention of it.