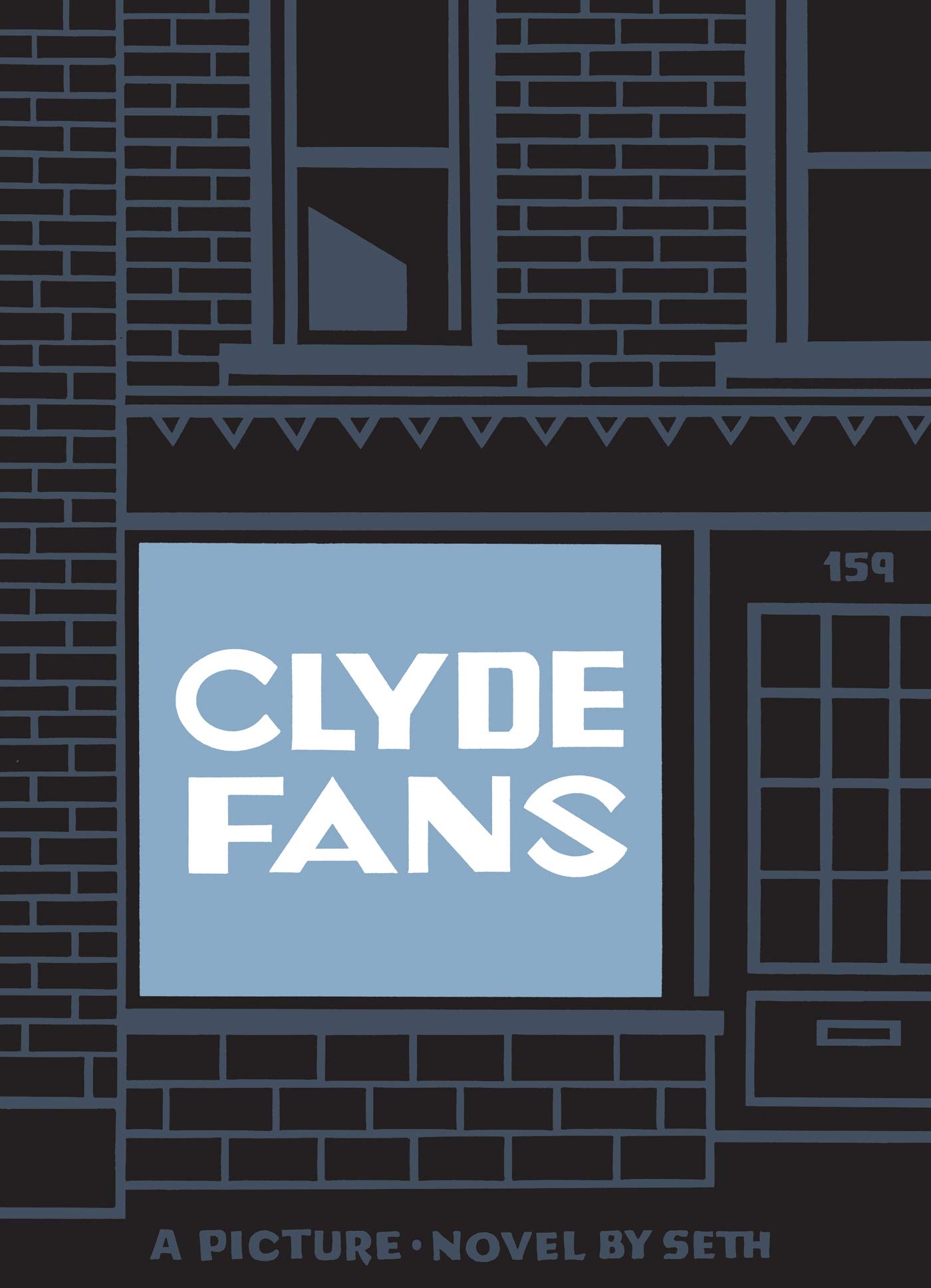 
Twenty years in the making, Clyde Fans peels back the optimism of mid-twentieth century capitalism. Legendary Canadian cartoonist Seth lovingly shows the rituals, hopes, and delusions of a middle-class that has long ceased to exist in North America—garrulous men in wool suits extolling the virtues of the wares to taciturn shopkeepers with an eye on the door. Much like the myth of an ever-growing economy, the Clyde Fans family unit is a fraud—the patriarch has abandoned the business to mismatched sons, one who strives to keep the business afloat and the other who retreats into the arms of the remaining parent.

Abe and Simon Matchcard are brothers, the second generation struggling to save their archaic family business of selling oscillating fans in a world switching to air conditioning. At Clyde Fans’ center is Simon, who flirts with becoming a salesman as a last-ditch effort to leave the protective walls of the family home, but is ultimately unable to escape Abe’s critical voice in his head. As the business crumbles so does any remaining relationship between the two men, both of whom choose very different life paths but still end up utterly unhappy.

Seth’s intimate storytelling and gorgeous art allow urban landscapes and detailed period objects to tell their own stories as the brothers struggle to find themselves suffocating in an airless city home. An epic time capsule of a storyline that begs rereading.