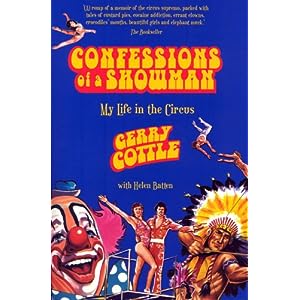 Confessions of A Showman: My Life in the Circus


Gerry Cottle, a stockbroker’s son, ran away to join the circus when he was just 15 and soon married into Britain’s oldest circus dynasty. In time he was the owner of the biggest circus in the world until his growing cocaine addiction led to his arrest and bankruptcy. He recovered, and, ever the showman, went on to make millions with the first ever non-animal circus, the Moscow and Chinese State circuses, and the Circus of Horrors.