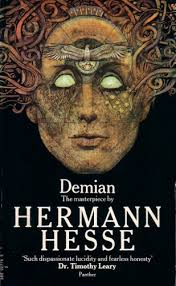 
Emil Sinclair is a young boy raised in a bourgeois home, amidst what is described as a Scheinwelt, a play on words that means “world of light” as well as “world of illusion”. Emil’s entire existence can be summarized as a struggle between two worlds: the show world of illusion (related to the Hindu concept of maya) and the real world, the world of spiritual truth. In the course of the novel, accompanied and prompted by his mysterious classmate ‘Max Demian’, he detaches from and revolts against the superficial ideals of the world of appearances and eventually awakens into a realization of self.