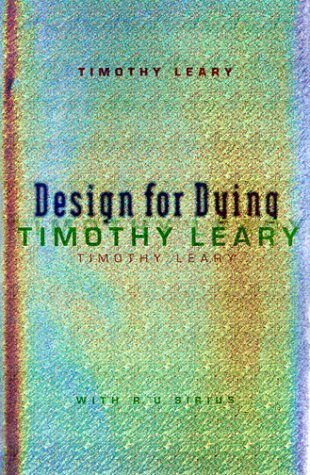 
As the fringe guru himself put it, “Mademoiselle Cancer moved in to share [his] body.” But in the days before he died, Leary — never one to miss an opportunity for a party — used his approaching death to create an exuberant new vision of what dying can be. Optimism, courage, joy and spirituality were central to Leary’s final days and his death. Design for Dying — Leary’s last book — shows us how we too can make dying the high point of life. Irreverent, thought-provoking and hilarious, Leary’s parting shot pioneers new ways to die and new ways for the living to think about death. Urging us to take control of our deaths (and even to determine when and how we will die), Leary relates his own plan for “directed dying,” a death we plan and orchestrate to reflect our own lives and values.