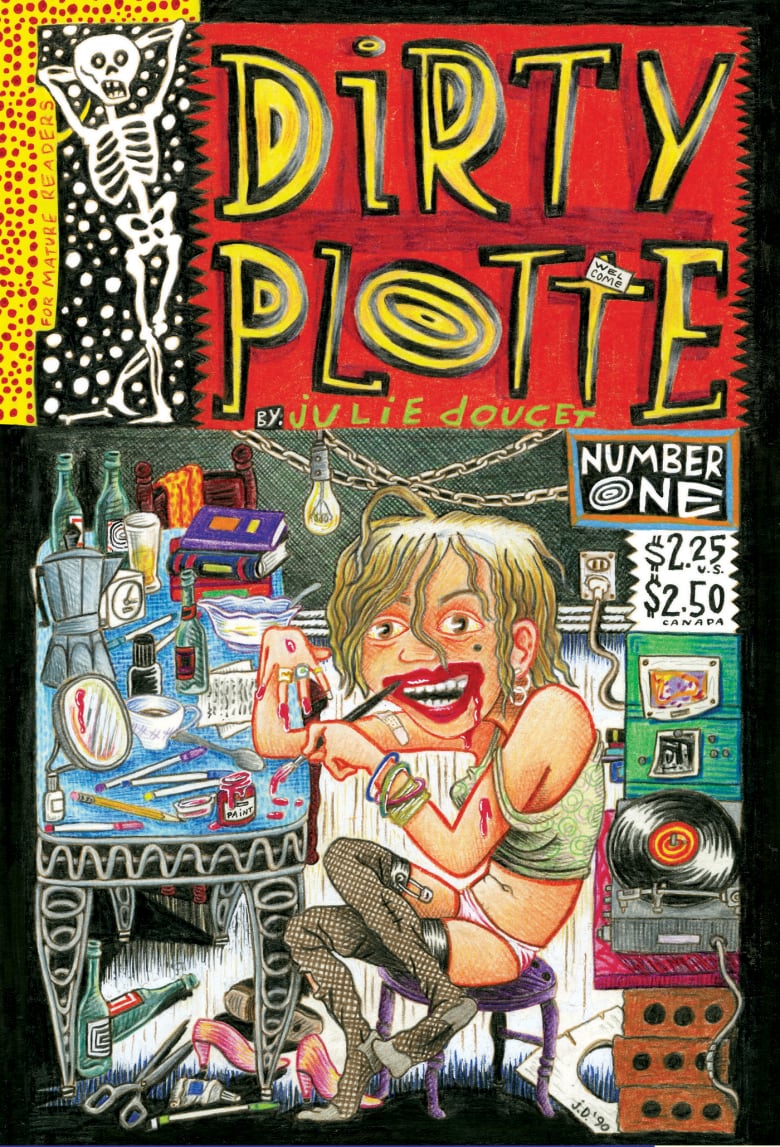 Julie Doucet arrived in comics in the 1990s as a fully formed cartoonist. Her comic book series Dirty Plotte was visionary both for the medium and for storytelling. Her stories are candid, funny and intimate, plumbing the depths of the female psyche while charting the fragility of the men around her. Her artwork is dense and confident, never wavering in the wit and humour of its owner. Doucet was active in comics for fifteen years before she moved on to other mediums. Her influence casts a long shadow over the medium, Dirty Plotte is quite simply one of the most iconic comic book series to have ever been created.

Doucet uses the covers of this two-book box set to present an all-new comic that explores her complicated relationship with femininity and the importance of her relationships with female readers. Astonishingly honest, brutal, and funny, Dirty Plotte is a revelatory journey into a legendary cartoonist’s oeuvre.