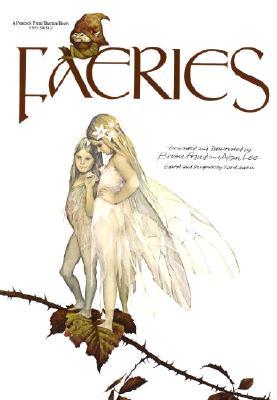 
It has been 25 years since Brian Froud and Alan Lee created the delightful, imaginative, and surprising Faeries — a book that quickly became a massive international bestseller and went on to sell more than a million copies. Readers continue to offer praise: “This is the most influential book I have ever read.” “This book is — where are the words to describe it? Magnificent/Fabulous/Beautiful/Moving/Terrifying/Fantastic….”

In celebration of Faeries’ 25th anniversary, Abrams is delighted to publish a special edition featuring eight new pages and 20 new pieces of art by Froud and Lee. The artists have also contributed new introductions. Since Faeries first appeared, both men have become tremendously successful and respected figures in the worlds of film, art, and publishing. But Faeries remains perhaps their most enduring work, a superb exploration of the myths, legends, folklore, and fantasy of the world of the faeries.