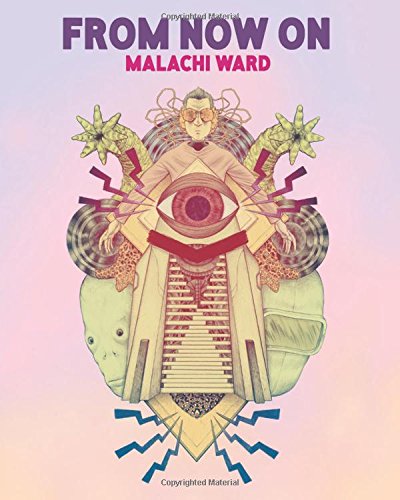 From Now On: Short Comic Tales of The Fantastic

In a dozen stories Malachi explores and blends the classic themes of fantasy and science fiction using a range of illustration techniques and styles. In “Utu” a Shaman arrives at an outpost with prognostications of a terrible war. He claims his visions come from a mysterious god, but can he be trusted? In “Hero for Science” a time-travelling rescue mission turns dour when a team member goes native. In “The Scout” while retrieving information in a remote cave, a scout encounters another version of himself.

Malachi Ward is the creator of the Ritual comic book series from Revival House Press, The Expansion series with Matt Sheean, The Scout, Utu, and Top Five, which is included in the 2013 edition of Best American Comics. Malachi has done work for Brandon Graham’s Prophet, Mome, Nobrow, and Study Group Comics. He is currently an artist on the Image Comics series Prophet Strikefile.