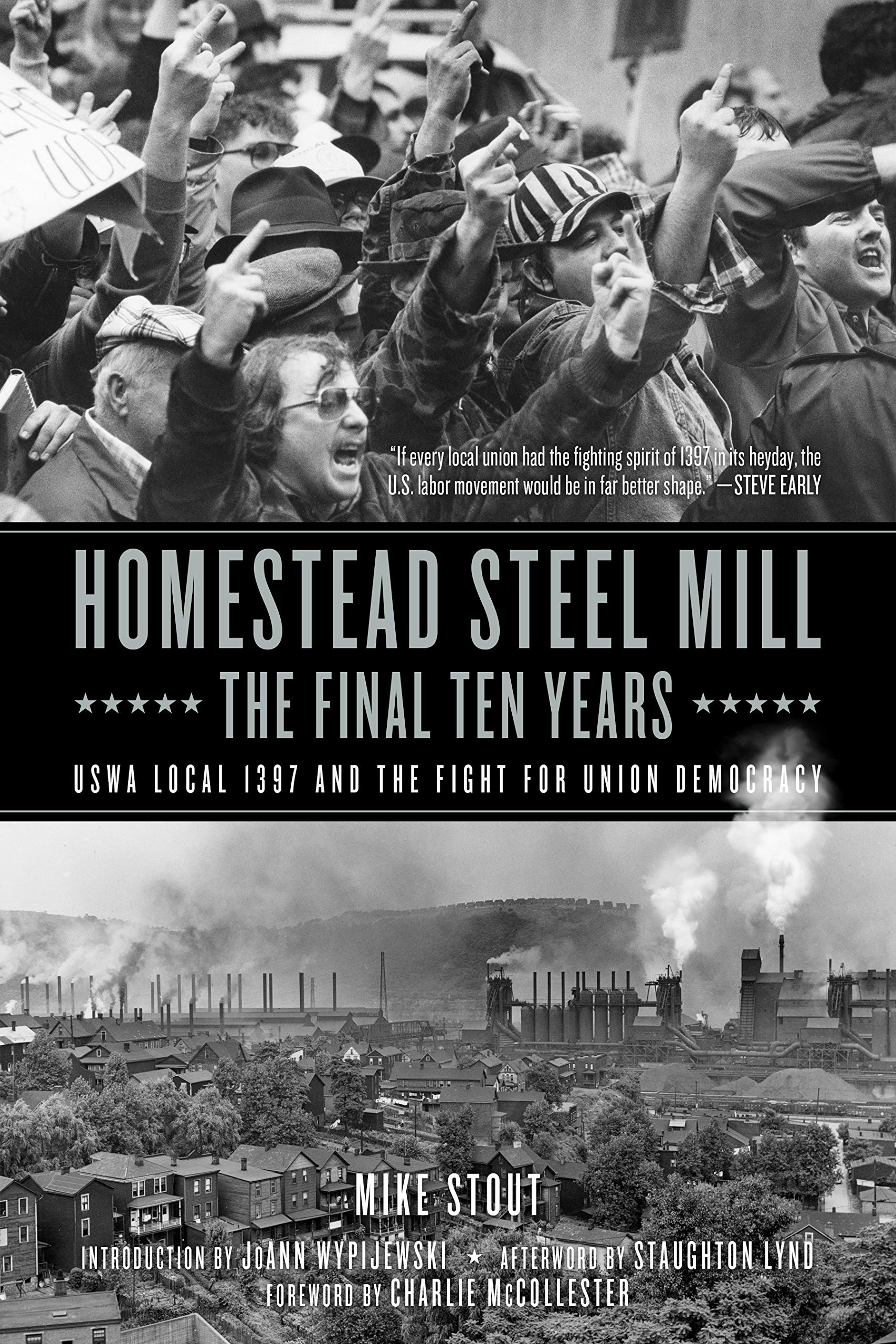 
Spanning the famous Homestead steel strike of 1892 through the century-long fight for a union and union democracy, Homestead Steel Mill—the Final Ten Years is a case history on the vitality of organized labor. Written by fellow worker and musician Mike Stout, the book is an insider’s portrait of the union at the U.S. Steel’s Homestead Works, specifically the workers, activists, and insurgents that made up the radically democratic Rank and File Caucus from 1977 to 1987. Developing its own “inside-outside” approach to unionism, the Rank and File Caucus drastically expanded their sphere of influence so that, in addition to fighting for their own rights as workers, they fought to prevent the closures of other steel plants, opposed U.S. imperialism in Central America, fought for civil rights, and built strategic coalitions with local environmental groups.
Mike Stout skillfully chronicles his experience in the takeover and restructuring of the union’s grievance procedure at Homestead by regular workers and put at the service of its thousands of members. Stout writes with raw honesty and pulls no punches when recounting the many foibles and setbacks he experienced along the way. The Rank and File Caucus was a profound experiment in democracy that was aided by the 1397 Rank and File newspaper—an ultimate expression of truth, democracy, and free speech that guaranteed every union member a valuable voice.
Profusely illustrated with dozens of photographs, Homestead Steel Mill—the Final Ten Years is labor history at its best, providing a vivid account of how ordinary workers can radicalize their unions.