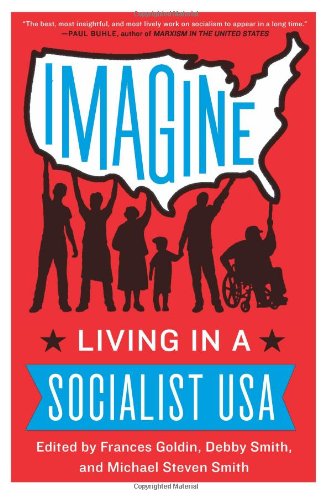 Imagine Living in a Socialist USA


Imagine: Living In a Socialist U.S.A., edited by Francis Goldin, Debby Smith, and Michael Steven Smith, is at once an indictment of American capitalism as the root cause of our spreading dystopia and a cri de coeur for what life could be like in the United States if we had economic as well as a real political democracy. This anthology features essays by revolutionary thinkers, activists, and artists—including Academy Award-winning filmmaker Michael Moore, civil rights activist Angela Davis, incarcerated journalist Mumia Abu Jamal, and economist Rick Wolff— addressing various aspects of a new society and, crucially, how to get from where we are now to where we want to be, living in a society that is truly fair and just.