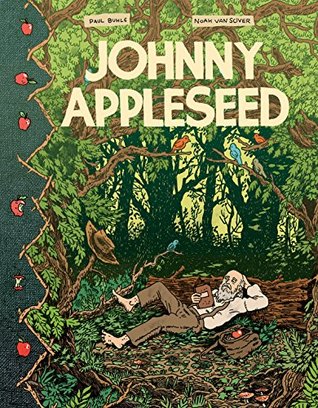 
Johnny Appleseed made himself famous by spreading the seeds of apple trees from Pennsylvania to Indiana. He was also an early follower of theologian Emanuel Swedenborg. Along with apple trees, he offered the seeds of nonviolence and vegetarianism, good relations with Indians, and peace among the settlers themselves. The story of John Chapman operates as a kind of counter-narrative to the glorification of violence, conquest, and the “winning of the West” in the story of the Westward movement, and clears up many of the half-myths of Johnny Appleseed’s own life and work. His apples, for instance, were prized for many reasons, but mainly for the making of hard cider, portable alcohol. His method of operation was a form of land speculation, purchasing potentially fertile acres on contract (such as “bottom land”), planting saplings, reselling the land, and then moving onward. He had less interest in becoming prosperous than in spreading his own gospel, based on visions of peace and love.