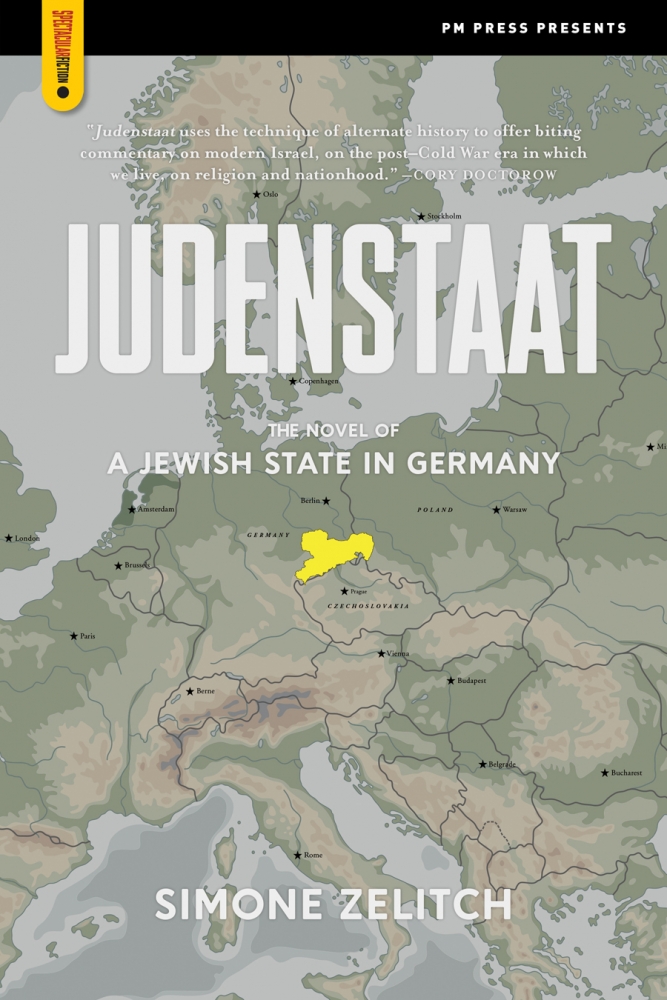 
It is 1988. Judit Klemmer is a filmmaker who is assembling a fortieth-anniversary official documentary about the birth of Judenstaat, the Jewish homeland surrendered by defeated Germany in 1948. Her work is complicated by Cold War tensions between the competing U.S. and Soviet empires and by internal conflicts among the “black-hat” Orthodox Jews, the far more worldly Bundists, and reactionary Saxon nationalists who are still bent on destroying the new Jewish state.

But Judit’s work has far more personal complications. A widow, she has yet to deal with her own heart’s terrible loss—the very public assassination of her husband, Hans Klemmer, shot dead while conducting a concert.

Then a shadowy figure slips her a note with new and potentially dangerous information about her famous husband’s murder.