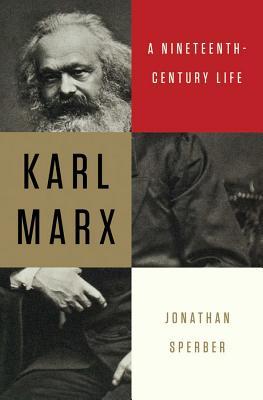 
Between his birth in 1818 and his death sixty-five years later, Karl Marx became one of Western civilization’s most influential political philosophers. Two centuries on, he is still revered as a prophet of the modern world, yet he is also blamed for the darkest atrocities of modern times. But no matter in what light he is cast, the short, but broad-shouldered, bearded Marx remains—as a human being—distorted on a Procrustean bed of political “isms,” perceived through the partially distorting lens of his chief disciple, Friedrich Engels, or understood as a figure of twentieth-century totalitarian Marxist regimes.

Returning Marx to the Victorian confines of the nineteenth century, Jonathan Sperber, one of the United States’ leading European historians, challenges many of our misconceptions of this political firebrand turned London émigré journalist. In this deeply humanizing portrait, Marx no longer is the Olympian soothsayer, divining the dialectical imperatives of human history, but a scholar-activist whose revolutionary Weltanschauung was closer to Robespierre’s than to those of twentieth-century Marxists.

With unlimited access to the MEGA (the Marx-Engels Gesamtausgabe, the total edition of Marx’s and Engels’s writings), only recently available, Sperber juxtaposes the private man, the public agitator, and the philosopher-economist. We first see Marx as a young boy in the city of Trier, influenced by his father, Heinrich, for whom “the French Revolution and its aftermath offered an opportunity to escape the narrowly circumscribed social and political position of Jews in the society.” For Heinrich’s generation, this worldview meant no longer being a member of the so-called Jewish nation, but for his son, the reverberations were infinitely greater—namely a life inspired by the doctrines of the Enlightenment and an implacable belief in human equality.

Contextualizing Marx’s personal story—his rambunctious university years, his loving marriage to the devoted Jenny von Westphalen (despite an illegitimate child with the family maid), his children’s tragic deaths, the catastrophic financial problems—within a larger historical stage, Sperber examines Marx’s public actions and theoretical publications against the backdrop of a European continent roiling with political and social unrest. Guided by newly translated notes, drafts, and correspondence, he highlights Marx’s often overlooked work as a journalist; his political activities in Berlin, Paris, and London; and his crucial role in both creating and destroying the International Working Men’s Association. With Napoleon III, Bismarck, Adam Smith, and Charles Darwin, among others, as supporting players, Karl Marx becomes not just a biography of a man but a vibrant portrait of an infinitely complex time.

Already hailed by Publishers Weekly as “a major work . . . likely to be the standard biography of Marx for many years,” Karl Marx promises to become the defining portrait of a towering historical figure.