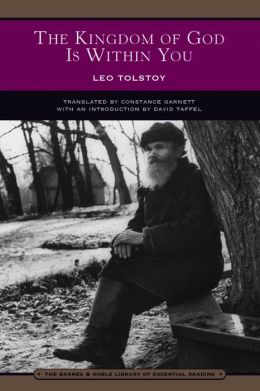 The Kingdom of God Is Within You: Christianity Not as a Mystic Religion but as a New Theory of Life


The Kingdom Of God Is Within You is one of the most provocative anti-establishment and anti-authoritarian pieces of literature ever written. In the context of a sincere and scathing account of what is living and dead in modern Christianity, Tolstoy presents a view of history and society that overcomes widely recognized theoretical contradictions implicit in his monumental early novel, War and Peace. At the focal point of The Kingdom Of God Is Within You is the doctrine of radical non-violence that Tolstoy understands Jesus to have articulated in the Sermon on the Mount’s injunction against responding to evil with evil.