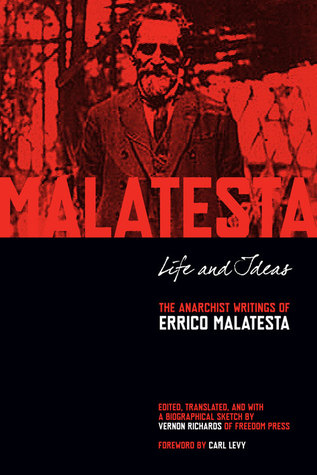 Life and Ideas: The Anarchist Writings of Errico Malatesta


Life and Ideas gathers excerpts from Malatesta’s writings over a lifetime of revolutionary activity. The editor, Vernon Richards, has translated hundreds of articles by Malatesta, taken from the journals Malatesta either edited himself or contributed to, from the earliest, L’En Dehors of 1892, through to Pensiero e Volontà, which was forced to close by Mussolini’s fascists in 1926, and the bilingual Il Risveglio/Le Réveil, which published most of his writings after that date. These articles have been pruned down to their essentials and collected under subheadings ranging from “Ends and Means” to “Anarchist Propaganda.” Through the selections Malatesta’s classical anarchism emerges: a revolutionary, nonpacifist, nonreformist vision informed by decades of engagement in struggle and study. In addition there is a short biographical piece and an essay by the editor.