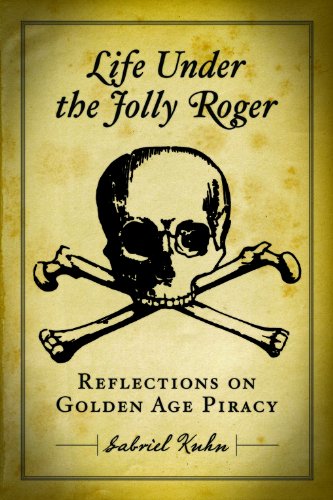 Life Under the Jolly Roger: Reflections on Golden Age Piracy


Dissecting the conflicting views of the golden age of pirates—as romanticized villains on one hand and genuine social rebels on the other—this fascinating chronicle explores the political and cultural significance of these nomadic outlaws by examining a wide range of ethnographical, sociological, and philosophical standards. The meanings of race, gender, sexuality, and disability in pirate communities are analyzed and contextualized, as are the pirates’ forms of organization, economy, and ethics. Going beyond simple swashbuckling adventures, the examination also discusses the pirates’ self-organization, the internal make-up of the crews, and their early-1700s philosophies—all of which help explain who they were and what they truly wanted. Asserting that pirates came in all shapes, sexes, and sizes, this engaging study ultimately portrays pirates not just as mere thieves and killers but as radical activists with their own society and moral code fighting against an empire.