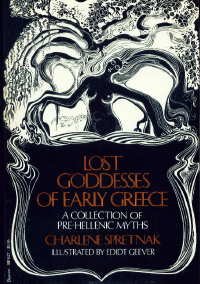 Lost Goddesses of Early Greece: A Collection of Pre-Hellenic Myths


For thousands of years before the classical myths were recorded by Hesiod and Homer, the Great Goddess was the focus of religion and culture. But the ancient goddess-centered myths were “lost” when waves of barbarian invaders introduced a patriarchal social order and their thunderbolt god, Zeus. In Lost Goddesses of Early Greece, Charlene Spretnak not only re-creates these early myths, but also illuminates the contemporary renaissance of holistic philosophy.