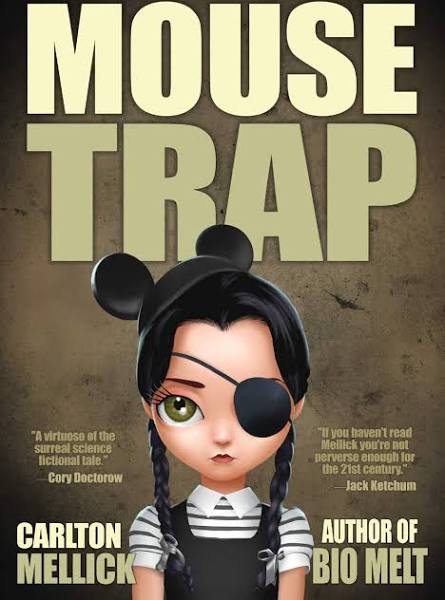 
For almost 20 years, Carlton Mellick III has been writing some of the strangest and most compelling novels the bizarro fiction genre has to offer. Described as one of the top 40 science-fiction writers under the age of 40 by The Guardian and “one of the most original novelists working today” by extreme horror legend Edward Lee, Mellick returns with a quiet, apocalyptic tale of young unrequited love in a dying world. It’s the last school trip young Emily will ever get to go on. Not because it’s the end of the school year, but because the world is coming to an end. Teachers, parents, and other students have been slowly dying off over the past several months, killed in mysterious traps that have been appearing across the countryside. Nobody knows where the traps come from or who put them there, but they seem to be designed to exterminate the entirety of the human race. Emily thought it was going to be an ordinary trip to the local amusement park, but what was supposed to be a normal afternoon of bumper cars and roller coasters has turned into a fight for survival after their teacher is horrifically killed in front of them, leaving the small children to fend for themselves in a life or death game of mouse and mouse trap. There appears to be a hope for salvation when eighth grader Clyde Donner, a boy Emily has had a crush on ever since she was a little girl, enters their lives and promises that all the children will be safe as long as they do exactly as he says. But when it appears that Clyde does not have everyone’s best interests in mind, it’s up to Emily to put her feelings aside in order to ensure the safety of those younger and more vulnerable than her. Mouse Trap is an intense, suspense-filled thrill ride for fans of Mellick’s more disturbing YA stories such as Sweet Story, Quicksand House, and The Terrible Thing That Happens.