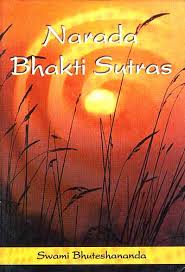 
A verse-by-verse translation with Sanskrit in Devanagri, transliteration, and commentary. Based on classes given by the author while visiting the Vedanta Centre in Japan. The author, Swami Bhuteshananda, was the 12th President of the Ramakrishna Math and Ramakrishna Mission. He was greatly was loved and respected for his saintly personality, his profound scholarship, and his lucid exposition of the scriptures. He visited the Vedanta Centre of Japan ten times, staying there for about 75 Japanese students of Vedanta. Many of them who attended his classes all the years, later taped, transcribed, and sent the scripts to Belur Math.

The swami initially rejected the idea of bringing the title out in a book form, for he felt that the lectures were superficial. Impressed by reading the lectures in Vedanta, many, however, persisted in their request to publish them as a book.