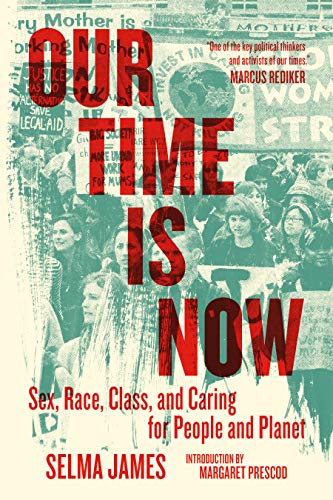 Our Time Is Now


Steeped in the tradition of Marx, James draws on half a century of organizing across sectors, struggles and national boundaries with others in the Wages for Housework Campaign and the Global Women’s Strike, an autonomous network of women, men, and other genders that agree with their perspective. There is one continuum between the care and protection of people and of the planet: both must be a priority, beginning with a care income for everyone doing this vital work.

James makes the powerful argument that the climate justice movement can draw on all the movements’ people have formed to refuse their particular exploitation, to destroy the capitalist hierarchy that is destroying the world. Our time is now.