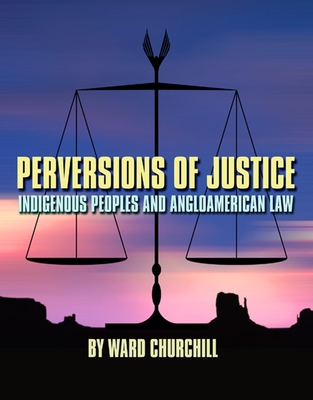 
The US is readily distinguishable from other countries, Chief Justice John Marshall opined in 1803, because it is a “nation of laws, not of men.” In Perversions of Justice, Ward Churchill takes Marshall at his word, exploring how the US has consistently employed a corrupt form of legalism as a means of establishing colonial control and empire. Along the way, he demonstrates how this “nation of laws” has so completely subverted the law of nations that the current America-dominated international order ends up, like the US itself, functioning in a manner diametrically opposed to the ideals of freedom and democracy it professes to embrace.
By tracing the evolution of federal Indian law, Churchill is able to show how the premises set forth therein not only spilled over onto non-Indians in the US, but were also adapted for application abroad — the trajectory of American’s imperial logic can be followed all the way to the present New World Order. Churchill provides a point-by-point indictment of America’s behavior, and offers a view of how things might work if even the minimum requirements of international law were complied with.