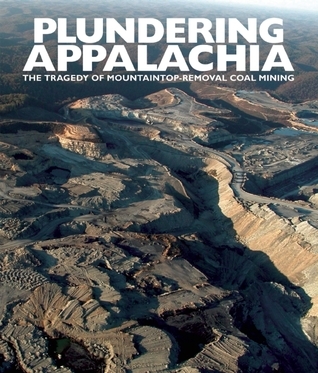 
The Appalachian mountain range is the oldest in the world and it’s disappearing one mountain top at a time. Plundering Appalachia takes a bold look at the out-of-control strip mining in the American heartland and its threat to our environment.

The Appalachians are the oldest mountains in the world, and they are literally disappearing. The term “mountaintop removal mining,” coined to describe the coal-mining process currently at work in much of Appalachia, is in reality, exactly what the name suggests: a mountain, formed over millions of years, is decapitated with explosives—the “overburden” scraped into adjacent valleys—and the exposed coal collected. No living thing survives this “removal,” and if the land is replanted, its ecosystem will be nothing like that of the ancient mountaintop it previously held. The process is not only destructive and toxic, but ultimately unsustainable: not one of the four hundred plus mountains blasted has yet grown back.

Plundering Appalachia is a collection of photographs and essays presenting the grim realities of mountaintop removal mining:

The effects of the blasting on the environment and the people and animals in its wake.

The irreversible devastation of the natural landscape of Appalachia.

How mountaintop removal is or is not regulated

The true costs of the practice over time.

Most people in the United States are connected to mountaintop removal in some way. Even if they have never visited the Appalachians, they consume products derived from the mining haul or they are affected by the drastic changes the mining has on their ecosystem. The contributors to Plundering Appalachia clearly wish to empower a nation to action—to get past the rhetoric of the coal industry and see the real Appalachia. It is a plea for a region whose natural beauty deserves to be enjoyed by future generations.