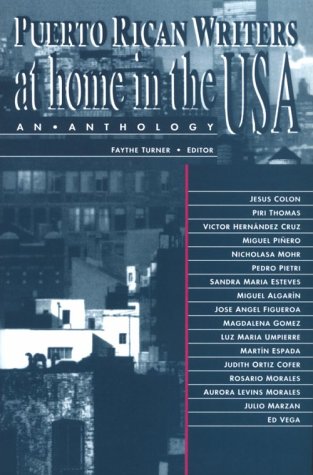 Puerto Rican Writers at Home in the USA


After World War II, hundreds of thousands of Puerto Ricans moved into the ghettos of New York City, bringing their tradition of storytelling. The literature that evolved, influenced by two languages, blends the color and rhythms of Caribbean lyricism with gritty New York realism. Seventeen of America’s most important Puerto Rican writers are featured in this anthology; poet Victor Hernandez Cruz (included in the Heath Anthology of American Literature), Pulitzer Prize nominee Judith Ortiz Cofer, playwright Miguel Pinero, fiction writer Piri Thomas and more. Their works reveal what it means to be Puerto Rican, and also what it means to be American.
This book was selected as the “1993 Book for the Teen Age” by the New York Public Library