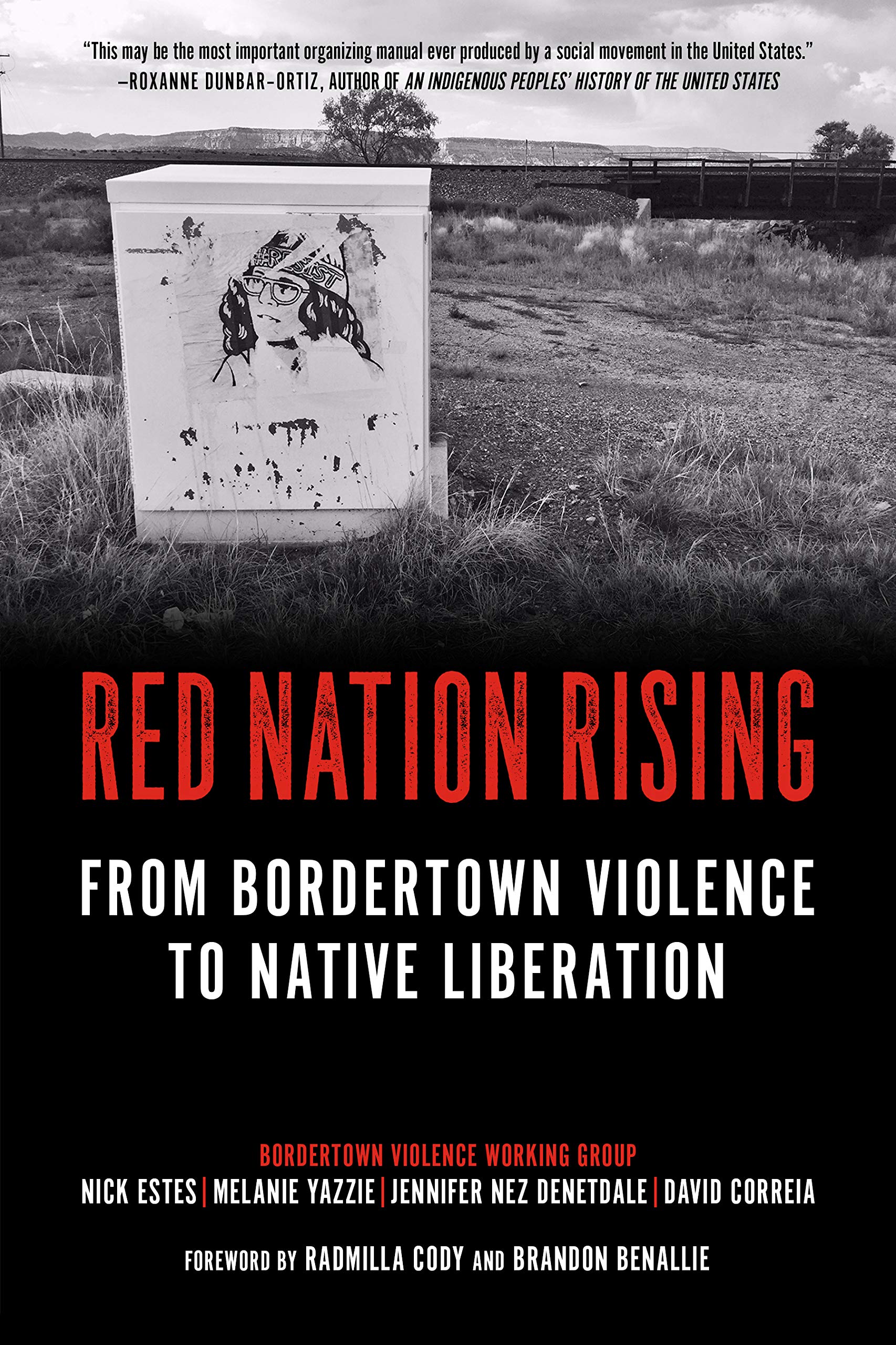 
Red Nation Rising is the first book ever to investigate and explain the violent dynamics of bordertowns. Bordertowns are white-dominated towns and cities that operate according to the same political and spatial logics as all other American towns and cities. The difference is that these settlements get their name from their location at the borders of current-day reservation boundaries, which separates the territory of sovereign Native nations from lands claimed by the United States. Bordertowns came into existence when the first US military forts and trading posts were strategically placed along expanding imperial frontiers to extinguish indigenous resistance and incorporate captured indigenous territories into the burgeoning nation-state. To this day, the US settler state continues to wage violence on Native life and land in these spaces out of desperation to eliminate the threat of Native presence and complete its vision of national consolidation “from sea to shining sea.”