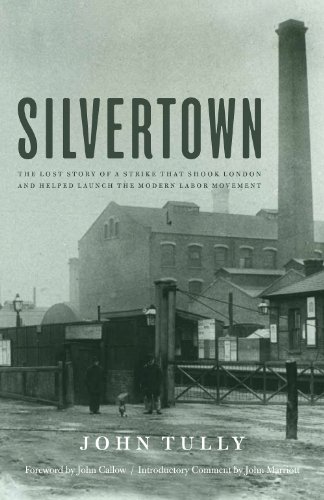 
In 1889, Samuel Winkworth Silver’s rubber and electrical factory
was the site of a massive worker revolt that upended the London
industrial district which bore his name: Silvertown. Once referred
to as the “Abyss” by Jack London, Silvertown was notorious for
oppressive working conditions and the relentless grind of production
suffered by its largely unorganized, unskilled workers. These
workers, fed-up with their lot and long ignored by traditional craft
unions, aligned themselves with the socialist-led “New Unionism”
movement. Their ensuing strike paralyzed Silvertown for three
months. The strike leaders— including Tom Mann, Ben Tillett,
Eleanor Marx, and Will Thorne—and many workers viewed the
trade union struggle as part of a bigger fight for a “co-operative
commonwealth.” With this goal in mind, they shut down Silvertown
and, in the process, helped to launch a more radical, modern
labor movement.