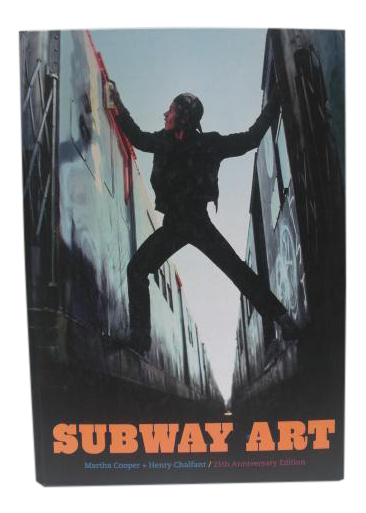 
During the 1970s and 80s, photographers Martha Cooper and Henry Chalfant captured the environment and the imagination of a generation by documenting the burgeoning New York City graffiti movement. Now 25 years and more than a half a million copies later, their bestselling book Subway Art is available in a large-scale, deluxe format heightening the visual impact of their classic images.

With 70 additional photographs, and a fresh introduction and afterword, this collector’s edition illustrates the passion, creativity and resourcefulness of unlikely kids inventing an art form destined to spread worldwide and spawn the present-day street art movement.