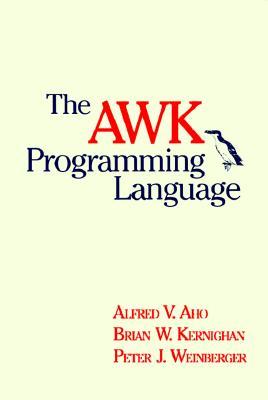 
Originally developed by Alfred Aho, Brian Kernighan, and Peter Weinberger in 1977, AWK is a pattern-matching language for writing short programs to perform common data-manipulation tasks. In 1985, a new version of the language was developed, incorporating additional features such as multiple input files, dynamic regular expressions, and user-defined functions. This new version is available for both UNIX and MS-DOS.

This is the first book on AWK. It begins with a tutorial that shows how easy AWK is to use. The tutorial is followed by a comprehensive manual for the new version of AWK. Subsequent chapters illustrate the language by a range of useful applications.