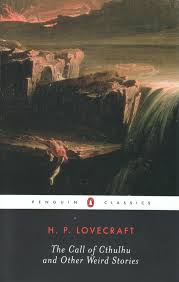 The Call of Cthulhu and Other Weird Stories


ease date: October 1, 1999 | Age Level: 1 and up | Series: Penguin Twentieth-Century Classics
Frequently imitated and widely influential, H. P. Lovecraft reinvented the horror genre for the twentieth century. Discarding witches and ghosts, he envisaged mankind as an outpost of dwindling sanity in a chaotic and malevolent universe. S. T. Joshi makes his selection from the early tales of nightmares and madness to the overpowering cosmic terror of \\\’The Call of Cthulhu\\\’. This is the first paperback edition to include the definitive corrected texts of these classics of American fantasy fiction.