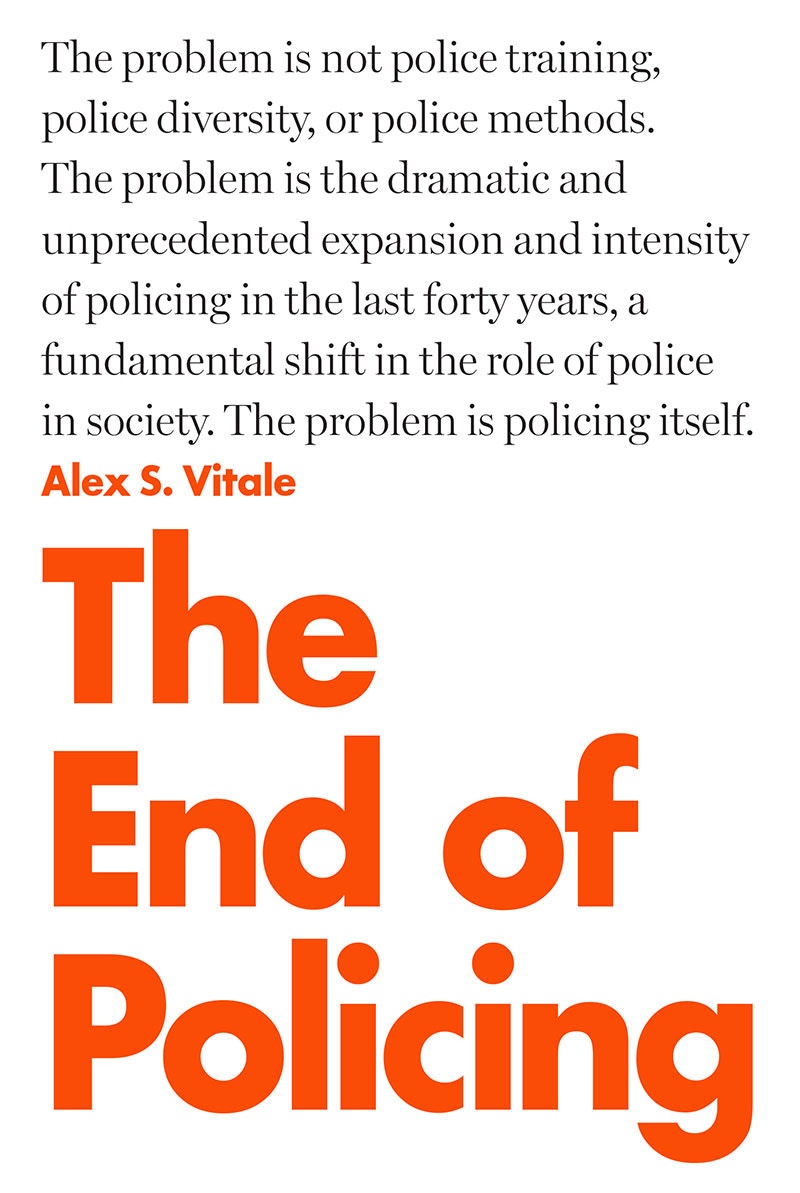 The End of Policing

This book attempts to spark public discussion by revealing the tainted origins of modern policing as a toold of social control. It shows how the expansion of police authority is inconsistent with community empowerment, social justice — even public safety. Drawing on groundbreaking research from across the world, and covering virtually every area in the increasingly broad range of police work, Vitale demonstrates how law enforcement has come to exacerbate the very problems it is supposed to solve.

In contrast, there are places where the robust implementation of policing alternatives — such as legalization, restorative justice, and harm reduction — has led to a decrease in crime, spending, and injustice. The best solution is an end to policing.