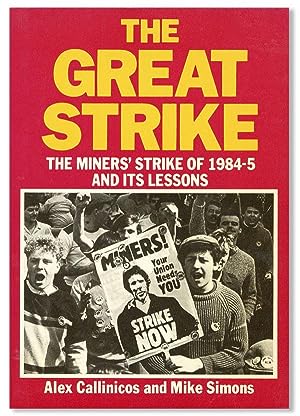 The Great Strike: The Miners’ Strike of 1984-5 and its Lessons


The Great Miners’ Strike of 1984-5 was a struggle of epic proportions. The Tory government of Margaret Thatcher mobilised all the forces of the state to crush the National Union of Mineworkers. Villages were invaded and occupied by paramilitary riot police. The welfare state was used to starve miners back to work. Billions of pounds were spent to keep the power stations running without coal. The courts issued judgement after judgement against the miners, finally handing their union over to a lawyer who declared: ‘I am the NUM.’

For a year the men and women of the mining communities held firm against this onslaught. Their courage and determination astonished the world and inspired millions. In a crazy world where the gyrations of the money markets could make or break countries, at last a group of workers was prepared to defy the remorseless logic of capital. This is the story of the longest major strike in the history of the British working-class movement, of what caused it, why it was eventually defeated, and of the lessons to be drawn.