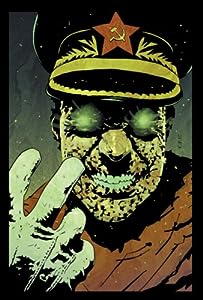 
In 1991, the Cold War ended without the two primary players facing each other in open combat. The vast arsenals of communism and democracy were put on ice, and the world moved toward a new millennium. While the USSR disintegrated, the United States rose to unchallenged dominance… but now a long-forgotten Soviet weapon is awakened on one of Americas many battlegrounds, threatening the balance of world power. Conventional warfare is suddenly outdated: the new weapons of mass destruction wield super-powers.