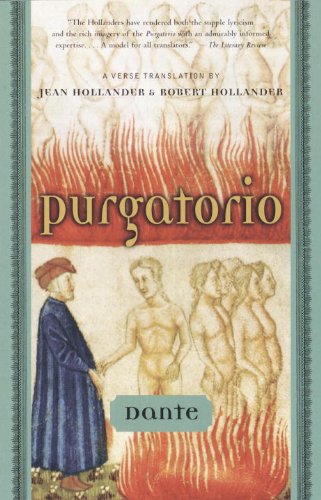 The Purgatorio of Dante Alighieri


In the second book of Dante’s epic poem The Divine Comedy, Dante has left hell and begins the ascent of the mount of purgatory. Just as hell had its circles, purgatory, situated at the threshold of heaven, has its terraces, each representing one of the seven mortal sins. With Virgil again as his guide, Dante climbs the mountain; the poet shows us, on its slopes, those whose lives were variously governed by pride, envy, wrath, sloth, avarice, gluttony, and lust. As he witnesses the penance required on each successive terrace, Dante often feels the smart of his own sins. His reward will be a walk through the garden of Eden, perhaps the most remarkable invention in the history of literature.