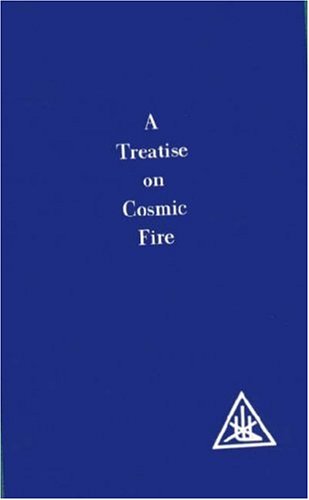 The Treatise of Cosmic Fire


A Treatise on Cosmic Fire deals with the underlying structure of occult teaching for the present era and with those vast cosmic processes reproduced through all areas of life from universe to atom. A large section of the book is directed to a detailed exposition of Solar Fire, the Fire of Mind, since this is the dominant energy to be understood and controlled during this second solar system. Among other values, the book provides a compact outline of a scheme of cosmology, philosophy and psychology which serves as a basic reference and text book. A Treatise on Cosmic Fire is part of a set of 24 books by Alice A. Bailey, written in collaboration with a Master of the Wisdom. These books constitute a continuation of the Ageless Wisdom, a body of estoeric teaching handed down from ancient times in a form which always suitable to each period. Intended to precede and condition the coming era, the Alice A. Bailey writings offer an unparalleled spiritual approach to such subjects as the teaching on Shamballa and the Path of spiritual evolution; the spritual Hierarchy; the new discipleship and training in meditation as a form of service; the teaching on the seven rays and the new psychology of the soul; and the common thread of truth linking all the major world faiths.